My little T, my baby, turned 9 on Saturday. 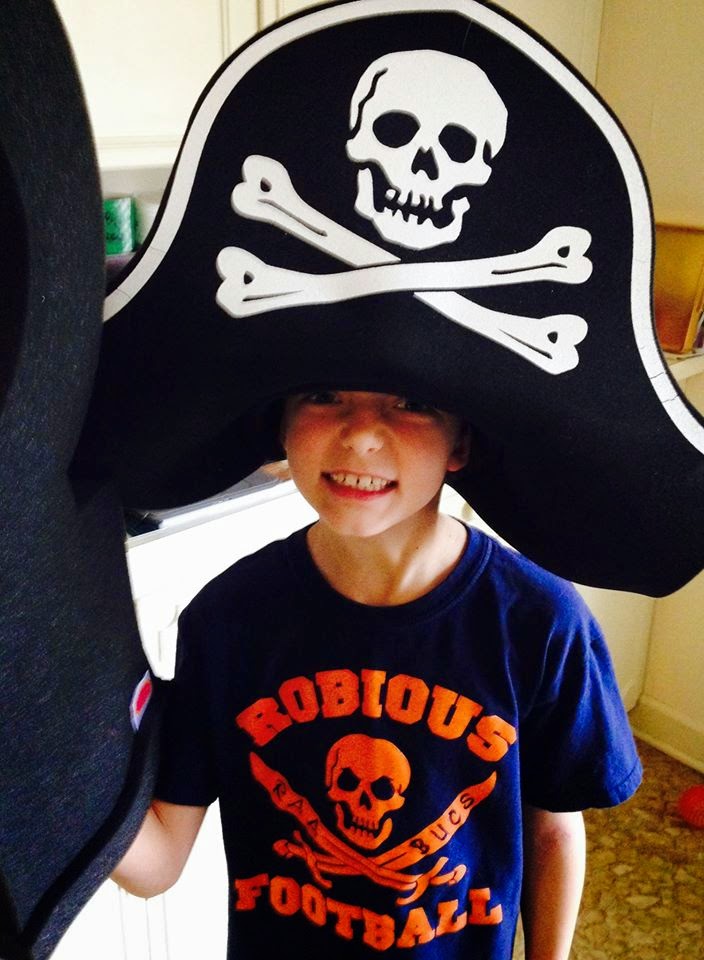 NINE! I can't believe it.

We celebrated with grandparents, a trip to Kline's (in Staunton) and dinner at Red Lobster.  He's been asking to go there for months, because he was dying to try lobster.  We don't usually do lobster for our children, like, ever.  Never.  Granted, he could've tried lobster somewhere else, but when you're 8 lobster = Red Lobster because, duh.

He's not excited about turning 9.  Truthfully, he's not excited about growing up.  He's not ready to not be able to play.  He told me that big kids get too big to play pretend and he doesn't want to ever stop playing pretend.  Sadness.  I told him I still play pretend, although admittedly a more grown-up version (you know, pretend you don't have housework, pretend you're a gourmet cook, pretend you don't see that crack in the ceiling, pretend the kids are cleaning their rooms).  He looked at me like I was crazy.  He might be right.

Of course, he went to Red Lobster like this. 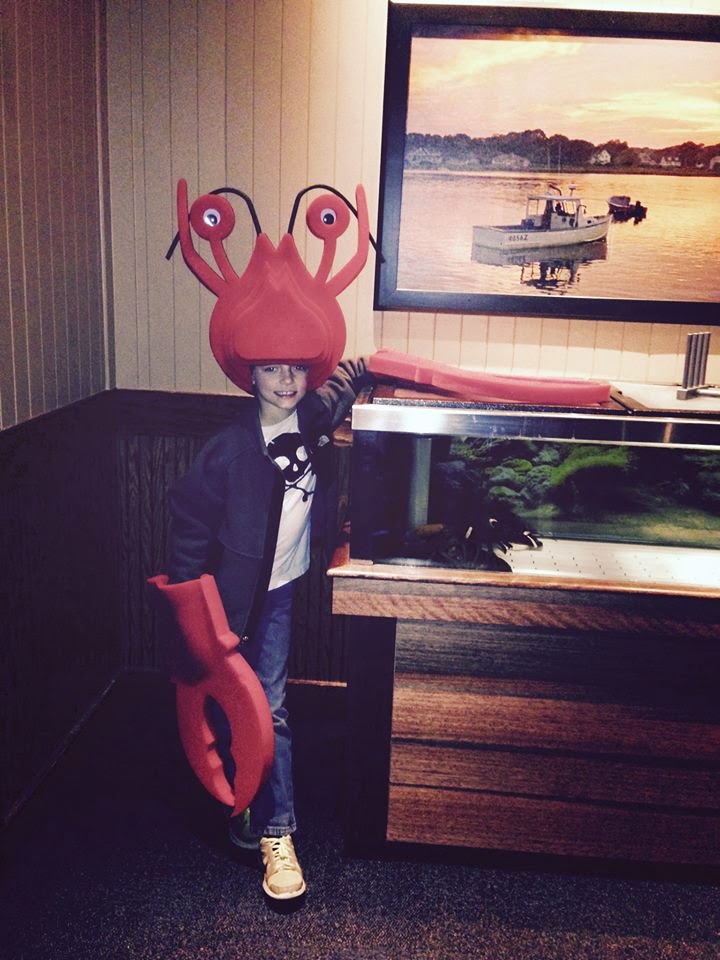 Nine years has gone by so fast.  At one point in the weekend, he crawled in to my lap, and as he sat there, I smelled the baby shampoo he'd used to wash his hair and realized that in another 9 years, he would leave me.  So I sniffed his hair some more and snuggled him up and hugged him tight.  Denial.  And then I let him go before I could start crying and make things weird.

I hope 9 is good to him.  I am happy for these 9 years.  When we found out we were expecting him (surprise!) I thought, holy cow this is going to make things crazy, and now I can't imagine a life that isn't crazy.

Happy birthday to my little T.  Here's to never losing your pretend.  Or your crazy.