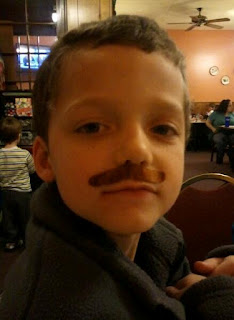 My youngest.  My wild one.  Completely uninhibited.  Wide open.

He's the poster child for "the baby of the family."  In our rush to get out the door this morning, I didn't even bother to inspect him, or I probably would have noticed numbers 1-6.  Notice I said "probably."  Nothing is a given with this kid.  He reminds me so much of his uncle, my own baby brother.

Minus the state of his clothes.  Sorry Mom!
Email Post