Let's see, this is...week 9.  Week 9 of having someone NOT AT SCHOOL.  Between snow days (7 of the last 11 instructional days have been snow days), holidays (let's just go ahead and celebrate every president individually for pete's sake), stomach bug (responsible for 2 of the weeks), flu, teacher work days, a sprained thumb, and now the stomach bug AGAIN, this is the 9th week of school since Christmas vacation that there has been someone at home.  THE BEST NEWS OF ALL??  We're supposed to get more snow on Thursday, which means no school for at least one, and probably (let's get real, this is Richmond) two days.

I am teetering on the edge.  Verrrrry close.  So close.

Husband is out of town.  Because, of course.

Monday
Little Dude has lacrosse evaluations at the polar vortex of sporting venues, River City Sports Complex, which is always at least 10 degrees colder than anywhere else in town (read more about that here).  As the weather is a balmy 45 degrees today, he insists on wearing shorts and a tee shirt only to contract pre-frostbite immediately upon arrival.  I run to the car to retrieve his sweatshirt.  I then proceed to watch his practice (oh, who am I kidding, they all have white helmets and neon green socks -- one of those kids is mine, somewhere), huddled with the other parents as the wind whips us around and my toes and fingers lose feeling.  My other two children are at home texting me incessantly about things like what's for dinner? and how's practice? and can I stay up and watch The Voice? and finally I tell them that we will talk when I get home and not to text me again unless their life depends on it because every time I have to text them I have to take off my glove and I already feel like I am fighting a losing battle to keep my fingers.  Why is it they never have anything to say to you UNTIL YOU LEAVE?  An eternity An hour and a half later, T comes running off the field crying, telling me he feels like he's going to throw up.  Awesome.  We race off to the car without even removing his gear because it is so cold and because I am worried about him throwing up right there on the turf in front of God and everybody.  As we hustle to the car, him crying and moaning and turning green, me encouraging him to breathe slowly through his mouth and hurry, hurry, it occurs to me that if he does get sick, it's going to happen in his helmet.  Awesome.  The sooner we can get to the car, the better.  I get him in, get his helmet off, and frantically search for something for him to use as a vomit catcher should he get sick on the way home.  Grabbing his water bottle, I empty the water only to find that it's a ROCK STAR of a water bottle because between its insulation and the ice we put in originally, none of the ice has melted -- nay, it's a solid chunk now -- and there's hardly any room in there for whatever might happen.  Luckily, nothing does.  He goes home, eats 8 bagel bites and declares he is fine.  It is freezing in our house and I am so tired of being cold that I turn up the thermostat upstairs.  And immediately feel guilty, but a girl's gotta do what a girl's gotta do.  Stupid windows that need to be replaced and blast you, winter!  My children are all asleep in shorts and short sleeves and have kicked off the covers.  Well, except for Meems, who sleeps with 6 layers in the summer, so she's pretty much cocooned in her bed, so much so that I can hardly find her under all the layers.  I uncover her face so she doesn't suffocate and go to bed.

Tuesday
Wake up, take a shower.  It's my off day for washing my hair so that means I get to sleep in an extra few minutes.  Holla!  Get out of the shower to a little voice saying he thinks he's going to throw up.  Awesome.  He goes off to the bathroom and I go downstairs because I am going to need coffee for this and the dog doesn't greet me the way she usually does.  Hmmm, she must be tired.  I get the coffee started, when I hear another little voice telling me that the dog has had an accident and there it is, a giant pile of dog in the middle of the floor.  Awesome!  Welp, that explains her demeanor.  As I am cleaning it up, the little guy upstairs is yelling "I'm having diarrheeeeeaaaaaaa" and the teenager is making all the big brother comments he can make about the state of affairs in the bathroom and banging on the door complaining he needs to brush his teeth.  The door is locked and the occupant is indisposed, so I have to break into the bathroom using a hair pin so we can retrieve a toothbrush.  Never in his life has brushing his teeth been so important as this morning.  Little Meems has middle school orientation tonight and her friend is coming home with her after school to go with us because of scheduling conflicts and now I have to call her mother to tell her what's going on because who wants to find out after the fact that there was a potential stomach bug exposure. Now Meems is going home with her friend and her friend's dad will take them to the orientation and bring her home after, because I can't take a kid with stomach issues to a middle school packed with hundreds of rising 6th graders and their parents, which makes me sad because this is middle school and it's all new and scary to her and I wanted to be the one to share that with her.  Now, I just have to get some work done, pick one up from track team callbacks, ram some dinner down his throat, take him to his lacrosse evaluations and get home before she does.  Maybe he will actually wear something warm.  A girl can dream.

Ugh, time to break into the bathroom again.  Don't ask.

That's my week, how's yours?  Wait, it's only Tuesday? 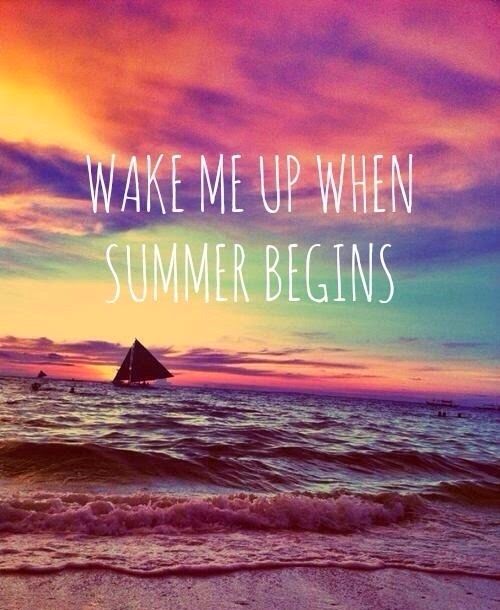